Lessons In Finance In Print

Text of Lesson #1 So How Do You Feel About Money? 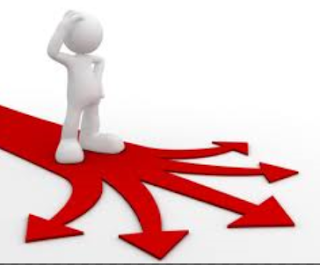 Today, I want to discuss a topic viewed by many as a very personal matter.

Some adults believe discussing it in public is just plain rude. Some parents avoid talking to their kids about it at all. Their children are kept in the dark, left to find out what they can from the world around them. What is this private, controversial topic of extreme personal consequence?

The topic is money — specifically, your money.

Surprised? What did you think I was going to say? Unfortunately, adults have trouble discussing important personal matters with young people. Anyone who has sat through one of those uncomfortable facts-of-life talks with their parents already knows what I’m talking about. Well, at least you had “the talk.”

When it comes to money, too many families avoid the topic of personal finances altogether. It’s understood in some circles that discussing money is taboo. It is looked upon as being crass, rude or tasteless.

Unfortunately, this lack of discussion can cause people to be ill-informed and make bad financial choices. This ignorance is then passed on to each generation until someone is willing to break the silence and discuss the financial facts of life with their children.

We live in an economic system that revolves around money. You can’t escape it. Even those who go off to live in their own communities without electricity and modern conveniences still use money.

Money surrounds us, and it’s not going away. But before you can look at developing your own financial independence, you should examine your own attitudes toward money.

Everyone has different emotional attachments with money, and for many these feelings are negative. Just recall many of the holiday movies that were just aired and the negative associations made — some call a wealthy person “filthy” or “stinkin” rich. “Making a killing” is commonly used to describe a profitable situation.

Many believe that money corrupts you or steals your soul. Others feel a sense of guilt with the belief that having large amounts of money means that you are taking advantage of your fellow man. Maybe you have some of these negative thoughts about money. Where did you get them from?

People don’t want the physical substance of money. Stacks of crisp bills are not what people covet. It’s what those bills represent that people are after. For many of us, it all comes down to one thing — freedom. Freedom to do what we want and live the way we want. Money gives people the freedom to make choices that reflect their values.

You may still think that more money brings more problems and it will corrupt you, but think for a moment of all the good you could do in your life with it. Give to charities, create scholarships or fund research to fight a disease. Maybe your goal right now is to have enough money so that you can graduate college or university debt-free.

If you don’t want to focus on earning mass amounts of money, that’s fine. Our focus, going forward, is not to show you how to make a quick buck, but how to manage the money you do have — better.